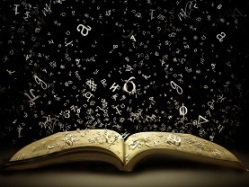 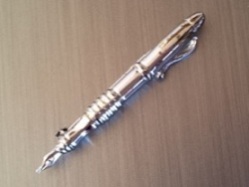 As you recover from a serious illness, all things therapeutic become achingly important. One of the most vital is reconnecting with who you feel yourself to be, beyond the reaches of cells gone bad.

The question of identity arises for each of us at some time, or times, in our lives. Soon, I will be writing the story of what happened to my once fascinating and lucrative career. It was a terrible loss, one that, almost more than any other life event, has affected my sense of who I am.

But before I explore my working girl story, I think I need to ground myself in my life girl story. Although these stories seem to intertwine like yin and yang symbols, one thing I’ve learned is that this is an illusion. What is real is what you love; if you’re fortunate, your yin-yang endeavors will blend beautifully.

But, in truth, like so many others, I want to write. Why? Because expressing myself this way just seems a whole lot safer than being a live performance artist. Writers can express thoughts, notions, inspirations, intuitions, feelings, impressions, insights, experiences, and maybe even profundities from the other side of the stage or screen. Sometimes, releasing your ideas will be good self-therapy. Other times, your efforts may resonate with others and do some good in the wider world.

My point is that whereas I said above that the yin-yang intertwining of career and life is an illusion, the interconnection of reading and writing is not. I know many people read who do not write. I have even heard of writers who do not read. But my sense of it is that these two things that are so dear to me are two halves of a whole.

In the December 19 and December 24, 2013 posts, I mentioned “the coin of life”: “. . . every challenge is one side of the coin of life, the one imprinted with the mask of tragedy (unhappiness and pain); but, of course, the mask of comedy (happiness and good) lies on the other side. No matter what transpires in our lives, that coin is always going to flip to the other side in the continual motion of happenstance. Lucky is the one who can direct some of this motion in his or her favor; blessed is the one who can accept and work with whatever flips his or her way. Coins roll, and so should we.”

Similarly, I cannot imagine writing without reading, as if they were two sides of a postcard from the universe. And for some of us, it isn’t possible to read without also writing. I myself am always flipping that card in an effort to see the beauty of both sides as often as possible.

Although I’d been an editor and technical/medical writer for many years, as well as an English major in college, I am ashamed to say that I never seemed to have the energy or focus to read very much. Oh, I dabbled. I would take armloads of books from the library each week, buy books from bygone bookstores (sigh), order books online. . . . But I rarely did more than browse them or, worse, let them sit around me in piles as if I could absorb their magic by some sort of psychic osmosis. They did make my rooms look inviting, lived in, and important somehow. But using books as decoration is good only if this inspires you to actually read them.

After I lost my career back in 2011, I was very fortunate to have found a reading group at a local bookstore in Flemington, NJ—Twice Told Tales–Moonstone Mystery. Our group met yesterday to discuss The Paris Wife by Paula McLain. And, yes, we did discuss it. I’ve heard others say they’d given up on book clubs because people did almost everything but talk about the books. I’m not saying we don’t talk about other topics. I’m also not saying we don’t eat and drink. And I’m certainly not saying we haven’t formed friendships. (In fact, the ladies from this group have stepped up to help me during my health crisis almost more than anyone else in my world. And one of them, Susan, gave me the pen pin pictured above.) I am saying that we talk about the books. And, lucky me, I’ve read books I wouldn’t otherwise have been inspired to read, many I’d never even heard of. And, double lucky me, we have not one but two groups—a general-interest group and a mystery group. Heaven.*

Another serendipitous event occurred in 2012, when I stumbled into a writing group.† I’d never intended to join a writing group, but I wandered in on someone’s invitation and decided to stay a while. After participating in some presentations, writing exercises, and administrative activities, I ended up in two small offshoot groups. It was in the smaller groups that I actually started writing. Since then I have remained in only one of the groups, and it’s been such a delight. All of it was a learning experience. But in our small biweekly group, we’ve experimented, explored, and exploded with ideas, and it is a great pleasure to see the creativity blossom in my fellow members. Although I really have barely started despite several efforts, since my health setback I have found renewed interest in the writing side of the card. Currently, I am writing a story about identity.

I began this blog in November 2013, just days after discovering my diagnosis of uterine (endometrial) cancer. Initially, my intention was to let others know what was going on and also to encourage people to be their own best advocates as they negotiated the healthcare system. The blog has gone in a few tangential directions since then, although the primary goal is still to reach out to “patient patients” as they embark on healing journeys of their own. Lots of topics remain to be explored, and as my energy increases I will be getting to them. But it has been my happy discovery to find a way to communicate and connect with others through writing–this blog, other blogs (more on those later), stories for the writing group, and professional material (in the near future, I hope).

It is my love of reading and writing that is helping me (re)discover some of the most important facets of myself. No disease, job loss, or other trauma can separate me from them. What a powerful lesson this has been, and I’ve found no better therapy. At its best, reading lets the whole world—the whole universe—in. At its best, writing lets your whole world—your whole universe—out.

As they revolve through my days and nights, reading and writing blend and merge into what matters in my heart and mind—and perhaps this enables me to occasionally be of beneficial presence to others. I am very grateful that I have not only discovered and rediscovered these things, but that I get to share them with likeminded others. Thank you!

P.S. For those who have trouble reading print books, I highly recommend unabridged audio books, especially by single narrators. They’re marvelous. Sometimes I both read and listen to a book, alternating chapters, which lets me continue with a story while walking or driving—or even while trying to fall asleep in the dark.

*One genre of book I have always managed to read more than others is mysteries, and I will also be writing more about them. I have have written about two authors previously: Anne Perry and Tana French.